Can Origami Be The Key to Complex Air Force Needs?

Researchers at the Air Force Research Laboratory are exploring origami concepts in relation to science, physics, mathematics and engineering to create new solutions for the Air Force.

WRIGHT-PATTERSON AIR FORCE BASE, Ohio – Origami, the art of paper folding, has captivated generations of audiences across the globe, as artists craft intricate, intriguing figures and objects by folding just a single sheet of paper.For scientists and engineers at the Air Force Research Laboratory, the prospect of using origami to create complex, multi-functional materials from a two-dimensional substrate is a highly attractive concept, with the potential to deliver engineering solutions and new applications for the Air Force. 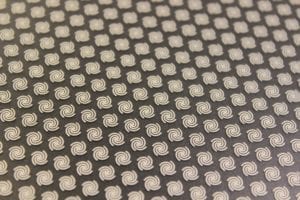 “A decade or so ago, we started seeing some amazing origami, with artists creating things like dragons, human replicas, objects with curved surfaces and more just out of a single sheet of paper. Scientists and engineers saw this and thought, ‘wow,’ how can we leverage this in our work and attach a function to it, taking advantage of this amazing art for our needs?” said Dr. Kazuko Fuchi, a research engineer from the University of Dayton Research Institute on the AFRL team. “That’s how the excitement in origami started.”

The AFRL approach to origami differs from that of an artist, as computational mathematics, physics and engineering disciplines all play an integral role in the exploration of origami for technology applications. The greatest challenge, according to Dr. Andrew Gillman, a research scientist with UES, Inc. working at the AFRL Materials and Manufacturing Directorate, is understanding a design space that has thousands of possibilities. This is the first step towards exploiting its technological potential.

“One of the interesting things about origami is that it provides a platform for some extreme mechanical behaviors,” said Gillman. “But to simulate and model these requires the development of complex mathematical theories to understand motions. I’ve been developing mathematical algorithms to help us better understand the origami deformation process. The optimal tool would enable us to describe what we want to do and generate the ideal shape and location for fold lines.” 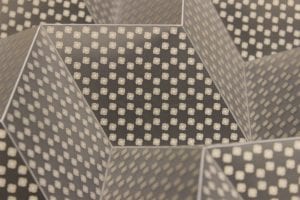 The potential for origami to generate unique structures simply by the folding or flattening of a two-dimensional substrate suggests numerous applications of interest to the Air Force. One of these is the morphing wing concept.

“Morphing, or adaptive structures, have been around since the Wright Brothers,” said Dr. Alex Pankonien, an aerospace research engineer at the AFRL Aerospace Systems Directorate. “The very first powered, heavier-than-air flying machine was a morphing aircraft. Movement depended upon wires bending structures. We ask, what if origami could be used to configure a wing profile in flight?  This capability could enable an aircraft to have a large wing span to travel to a field of battle, but a narrow wing for attack, all configured while in flight.”

At the Materials and Manufacturing Directorate, Dr. Phil Buskohl and his team are also looking at mechanical and electromagnetic applications of origami for Air Force needs.

“We began exploring (origami) years ago for military needs like morphing aircraft. But since then, we’ve looked at other types of physics that are relevant, particularly those related to electro-magnetic applications such as antenna deployment or for signal filters,” said Buskohl. “For example, with filters, you can shift what frequency you block through the folding process, which is essentially a passive approach to electro-magnetic tuning. You may also be able to protect devices from mechanical insults, much like the way packaging protects an object in shipment, because you can absorb energy through different deformations of a foldable structure. Origami gives precise control of the deformation process through bending versus the stretching of the facets.”

Dr. Alexander Cook, a research scientist at UES, Inc., who also works at the Materials and Manufacturing Directorate, is exploring ways to use additive manufacturing to print circuits on substrates that are subsequently folded for electromagnetic applications.

“For antennas and frequency selective surfaces, the geometry is extremely important,” Cook said. “With origami, we can take advantage of the shape and form of the facets for application needs. I can print a circuit on a flat surface and then fold it to get a three dimensional structure, which can enable different electromagnetic applications or filters depending on the way the substrate is folded.”

From a systems design perspective, this can enable fewer systems to be needed on an aircraft, as theoretically two antennas or applications can exist in a single foldable device. Origami may also enable deployable applications in diverse domains.

“Origami is also useful for space applications. Typically a large surface area is required for an application like a solar array or antenna, but it has to get into space by a launch vehicle. Origami may provide a way to fold an application to fit a launch vehicle and also provide diverse folded states of application utility once there,” said Buskohl. “We are still in the prototyping stages, with the goal of proving out these concepts. For instance, we need to understand how a folded structure can impact the performance or mechanics of an application.”

It is a challenging design space, say the researchers, but the tremendous potential of origami to generate solutions for the Air Force is worth the effort.

“What is the right way to look at origami from an engineering standpoint? What are the hard problems that we can solve using this?” said Pankonien. “We are taking something out of the art realm and merging it with mathematics, physics, mechanics and computation to design useful tools for the future.” (content credit: https://www.wpafb.af.mil, by Marisa Alia-Novobilski, Air Force Research Laboratory /February 09, 2018).

Coaxicom designs and manufactures an extensive line of standard, as well as custom microwave and RF connectors all available in 50 or 75 Ohm impedance. We have proudly served Customers in industries including the US military, automotive, medical, instrumentation, aerospace, defense, telecom, wireless alternative energy, networking, and security.

Coaxicom is committed to providing outstanding service, value and quality with made in the USA RF Connectors since 1984.

Learn more about our RF Connectors. Have a question or need pricing email: Sales@Coaxicom.com.