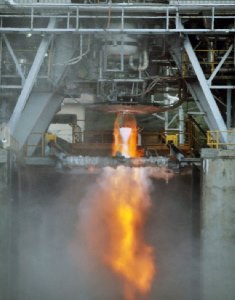 This duration is approximately 25% more than the engine burn duration in flight, the Indian Space Research Organization (ISRO) says. The engine will be used to power the cryogenic stage (C25), the upper stage of the next generation GSLV Mk-III launch vehicle, which is capable of launching four-tonne-class satellites.

The engine was conceived, configured and built by Liquid Propulsion Systems Center (LPSC), which is responsible for developing liquid propulsion systems for the Indian space program.

The recent endurance hot test is the 10th in a series of tests planned and executed as part of the engine’s development. Its performance matches pre-test estimates made using modelling and simulation software, ISRO says.

Further tests are planned in high altitude conditions and in stage configuration, prior to the flight stage realization.