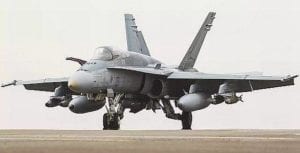 The AN/ALQ-214A(V)4/5 is an electronic jammer component of the integrated defensive electronic counter measures system (IDECM) from a joint venture of Harris and BAE Systems. It protects F/A-18 fighter-bombers from radar-guided surface-to-air and air-to-air missiles by jamming the enemy missile guidance systems.

The ALQ-214 component of the IDECM EW system has been delivered to the U.S. Navy, as well as to the Royal Australian Air Force for contemporary versions of the Boeing F/A-18 fighter-bomber. The system blends sensitive receivers and active countermeasures to form an electronic shield around the aircraft, Harris officials say. 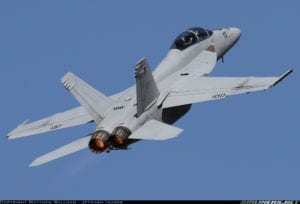 The RF countermeasure system engages incoming missiles autonomously with a series of measures designed to protect the aircraft from detection.

The AN/ALQ-214A(V)4 a smaller and lighter version of its predecessors, and has an open-architecture design that is ready for integration on several different kinds of aircraft.

Founded in 1984, Coaxicom’s mission is to be an engineers’ valued resource by providing a broad array of U.S. made RF/Microwave products from connectors to cable assemblies; along with accessible engineering assistance, and next day deliveries.