Brazilian RFID solutions provider KeD Tecnologia has released a complete system for tracking luggage via smart tags, following the determination by the International Air Transport Association (IATA) that all airline baggage should be tagged with RFID by 2020.

With KeD’s luggage-tracking solution, each bag receives an RFID tag that identifies it all the way to the airplane. This makes it possible to estimate the approximate amount of time required for a piece of luggage to enter an aircraft’s baggage compartment, thereby boosting security and avoiding deviations during the process.

With this system in place, the company reports, a suitcase can be located inside an airplane quickly in the event of a passenger’s exit from the craft, since an RFID tag is also attached to that person’s boarding pass. In this way, there is an association between passenger and suitcase, and the traveler can thus be informed once his or her luggage enters the plane, greatly reducing the possibility of lost bags.

The solution was tested by Gol Linhas Aéreas in 2008. “Our project was tested and approved for its concept and practical feasibility during 30 days of execution at a Gol check-in at Congonhas airport,” says Felipe Stürmer, KeD’s RFID operations manager and part owner, “with passive tags and non-reusable tags.”

The work was carried out with several equipment suppliers. “Using RFID technology to achieve the intended results depends on strategic location and a detailed study of possible interference,” Stürmer says. “The biggest challenge was to identify integration with the existing baggage-control infrastructure, without RFID technology.”

According to Stürmer, KeD was created after one of the company’s co-founders, Afranio Kieling, lost his luggage. “On a trip abroad to attend a business meeting,” he says, “[Afranio’s] luggage was not found at the landing.” The bags were located hours after his departure from the airport, but the idea of finding a way to avoid such discomfort and disappointment remained.

Kieling studied, researched and sought many possibilities, Stürmer reports, in order to find a way to use RFID technology to control the flow of luggage and passengers. This would give travelers the opportunity to be sure their belongings were boarded on the correct flight, he says, by means of an SMS text message sent to that person as soon as his or her luggage was placed in the aircraft’s cargo compartment.

After the system was tested, Gol reported several benefits, such as a reduction in the number of delays due to luggage problems. For example, if a suitcase were to be loaded without its passenger, the airport could then locate the luggage within a maximum time of 10 minutes, as opposed to an hour or so without RFID. 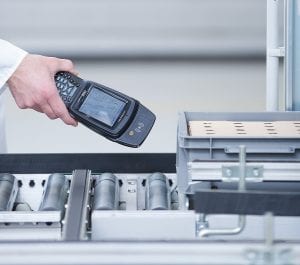 Another reported benefit is that boarding passes labeled with RFID tags virtually eliminated the need for passenger counting and recounting. The location of a passenger can now be automatically identified if he or she is already in the boarding area or has boarded an aircraft.

“Today, the company is looking for an incentive in the evolution of this solution, since at the time it was created, the airports were administered by Infraero, which bureaucratized decision-making,” Stürmer says. “This difficulty has led us to develop projects in other areas.”

In addition, KeD has been active in the health-care field, developing projects to meet the demands of hospitals with B2C and B2B models. “We also operate in the logistics area,” Stürmer reports, “with solutions for general warehouse and process automation in the logistics chain.”  ( article credit: www.rfidjournal.com, 9.2018, Felipe Stürmer)

[Stuart, Florida – December, 2018] – COAXICOM designs and manufactures an extensive line of standard, as well as custom microwave and RF Connectors. In addition to Connectors, Coaxicom also expertly produces the complete spectrum of components including Adapters, Terminations, Attenuators, Phase Adjusters, and Tooling that include Torque Wrenches.

We proudly serve some of today’s greatest innovators, researchers, and explorers including NASA, Boeing, Raytheon, U.S. Navy, as well as companies advancing how we live through 5G telecommunications/wireless, alternative energies, and network security.

Need the right answer at the right time, get in touch with Coaxicom.

Email a RFQ to Dawn at Sales@Coaxicom.com. Your quote will be in your “in-box” soon.

Starting a new project and not sure if you need a  Connector or an Adapter…send your questions to Support1@Coaxicom.com.

Know exactly what you need? Perfect! Simply go to Coaxicom.com… type in the

Coaxicom part number or use the Cross Reference Tool, add to the cart, and your order will arrive before you know it!

Learn more about our RF Connectors.