[Update: April 11, 2018] – According to U.S. officials Russia is seriously affecting American military operations by jamming some U.S. military drones operating in the skies over Syria.

The Russians began  jamming the GPS of  some smaller U.S. drones several weeks ago. 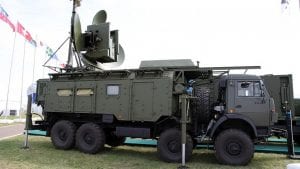 Jamming, which means blocking or scrambling a drone’s reception of a signal from a GPS satellite, can be uncomplicated, according to Dr. Todd Humphreys, the director of the Radionavigation Laboratory at the University of Texas at Austin.

“GPS receivers in most drones can be fairly easily jammed,” he said.

Humphreys, an expert on the spoofing and jamming of GPS, warns this could have a significant impact on U.S. drones, causing them to malfunction or even crash. “At the very least it could cause some serious confusion” for the drone operator on the ground if the drone reports an incorrect position or is lost, he said. 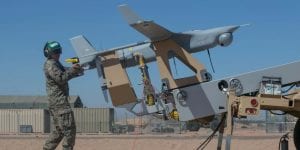 The officials said the equipment being used was developed by the Russian military and is very sophisticated, proving effective even against some encrypted signals and anti-jamming receivers. The drones impacted so far are smaller surveillance aircraft, as opposed to the larger Predators and Reapers that often operate in combat environments and can be armed.

Dr. Humphreys says that though the attacks occur in cyberspace, the results are still serious.

“They are a little less hostile looking than a kinetic bullet but sometimes the effect can be just as damaging,” he said. “It’s like shooting at them with radio waves instead of bullets.” (story content credited: fighterjetsworld.com).

STUART, FLORIDA – Coaxial Components Corp. (Coaxicom), a privately owned U.S. company is dedicated to the design and manufacture of RF and Microwave products.

Whether it’s working with Yale University on non-magnetic connectors, supplying SMA/TNC connectors to NASA, specialized torque wrenches to Argonne National Labs, or hand-crafted cable assemblies for the United States Navy, Coaxicom is a committed supplier of RF components that help attribute to advancements in defense, communication, medicine, and cybersecurity.

Organizations  from around the globe seek Coaxicom’s parts and expertise because we’ve earned the reputation for military grade quality, speed, innovation and service.