For automakers, addressing cyber-security vulnerabilities in autonomous cars is Job 1.

Major auto manufacturers, high-tech companies, and startups whose names we’re not familiar with all are putting in overtime trying to solve an unprecedented problem accompany in development of the self-driving car: cyber-security holes that could lead to potentially fatal safety issues.

To borrow a slogan used in 1982 by the Ford Motor Company, at the time discussing build quality: For the self-driving car, maintaining the security and integrity of on-board systems is “Job 1.” 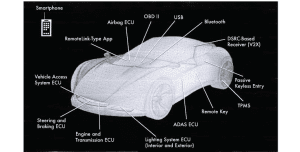 The potential danger was demonstrated in 2015 when, as part of a research initiative, two hackers remotely took control of a Jeep Cherokee. Afterward Chrysler issued a formal recall of 1.4 million vehicles that may have been affected by the hackable software vulnerability.

One of the central challenges in vehicle cyber-security is that the various electronic control units (ECUs—cars today have dozens of them) are connected by means of an internal network. So if hackers manage to gain access to a vulnerable ECU (say, the infotainment system), there is concern they may be able to take control of ECUs managing the engine or brakes.

There are 15 main hackable points in the next-generation car.

Earlier this week, the French company Vedecom Tech—a commercial subsidiary of Vedecom Public Foundation, whose members include Renault, Peugeot, and Valeo—said the completely autonomous, self-driving vehicles (SAE Level 5) it plans to launch for commercial use in 2017 and 2018 in municipalities in France, Germany, Italy, Portugal and the Netherlands would represent the first cyberattack-secured, commercially-available automobiles.

Vedecom will be using Israeli startup Karamba Security’s Carwall software to protect the cars’ ECUs against hacking. Karamba said its security tool is OS- and hardware-agnostic and can run on every ECU, without requiring any changes or upgrades to the ECU’s software or hardware. The company further noted that it operates reliably on the ECU without interfering with any of its other functions.

Software from Karamba Security hardens the ECUs of this autonomous car.

Carwall’s patent-pending software is embedded during the ECU’s software build process. It automatically learns the factory settings, which are the legitimate programs, scripts, and function-calling sequences car manufacturers and tier-one system providers intend to run in the car.

Carwall then creates a control flow graph of all acceptable function call paths showing the calling relationship within a computer program. It then forms a security policy that detects and prevents any deviation from those settings. All detection and prevention decisions are made locally.

Because Carwall seals the ECU’s software, security bugs contained in that code are also hardened, so they can’t be exploited to infiltrate the car’s safety systems. No malware updates are required, and the ECU is said to be fully capable of protecting itself against potential hacks at all times without any required external connectivity. Karamba Security further claimed there should be no false positives that mistakenly block legitimate vehicle commands.

In the background of cybersecurity issues is the question of what role (if any) government should play in regulating self-driving cars. Most companies, like people, don’t like it when government decides to micromanage things. Nevertheless, the regulations game appears to be heating up.

Given that self-driving cars collect large amounts of data, there’s also government anxiety about privacy and how the data will be stored and used. But the main point of concern remains: Unless self-driving vehicles are proven to be highly secure against cyberattacks, many other states will attempt to regulate their development. 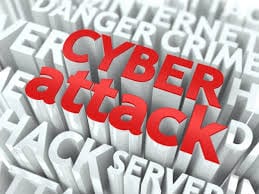 Stuart, Florida July 3, 2017 – Coaxial Components Corp. (Coaxicom) – Coaxicom designs and manufactures an extensive line of standard, as well as custom microwave and RF connectors all available in 50 or 75 Ohm impedance. Proudly serving Customers in industries including the automotive, US military, defense, medical, instrumentation, aerospace, telecom, wireless, alternative energy and more. Coaxicom is also committed to providing outstanding service, value and quality with made in the USA RF Connectors since 1984. 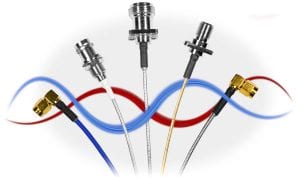 Coaxicom also offers world-class design and manufacturing capabilities necessary to deliver the quality and reliability our customers demand including Military specifications MIL-PRF 39012, MIL-A 55339, MIL-C-83517, and MIL-STD-348 as applicable. Learn more about our RF Connectors.  Sign-up for the latest Welcome Package below: