SpaceX’s First Passenger Flight Around the Moon Will Be an Epic Art Project!

Japanese billionaire Yusaku Maezawa announced September 17, 2018  that he has chosen to go to the moon in 2023 — and bring six to eight artists along for the ride.

During a news conference at SpaceX’s headquarters in Hawthorne, California, company founder and CEO Elon Musk introduced Maezawa as the first passenger on the new BFR (sometimes short for “Big Falcon Rocket”) rocket-spaceship duo currently under construction, and confirmed that Maezawa would ride in a loop around the moon. And then Maezawa announced that, although he’d bought out the whole BFR, he doesn’t want to go alone.

“I thought long and hard about how valuable it would be to become the first private passenger to go to the moon,” Maezawa said. “At the same time, I thought about how I can give back to the world and how this can contribute to world peace — this is my lifelong dream.”

“I did not want to have such a fantastic experience by myself,” he added. “That would be a little lonely. I don’t like being alone, so I want to share these experiences and things with as many people as possible, so that is why I choose to go to the moon with artists!”

Maezawa announced a name for his new project, #dearMoon, and a website, dearMoon.earth, and said that, before the BFR’s launch in 2023, he would select six to eight artists to go with him to space. These people will hail from a variety of disciplines, potentially including painters, sculptors, photographers, musicians, film directors, fashion designers, architects and more, he said.

Maezawa is the founder of the Japanese online retailer Zozotown, and he’s a dedicated art collector; in 2016, he purchased $98 million worth of art in two New York auctions, according to a BBC report.

One of those pieces was by the artist Jean-Michel Basquiat, whom Maezawa discussed during the news conference: Basquiat died in 1988, but what could he have created had he seen Earth from space? While looking at one of Basquiat’s paintings, Maezawa said, he came upon the idea to inspire other top artists to bring a space view down to Earth.

In the coming years, Maezawa will select the artists as SpaceX works to develop the BFR rocket and spaceship . Although Musk didn’t reveal the amount of money Maezawa is paying, he did confirm the amount would have a “nontrivial impact” on the BFR’s development. (Besides tourist trips around the moon, Musk hopes to use the BFR to someday carry settlers to the moon and Mars.) 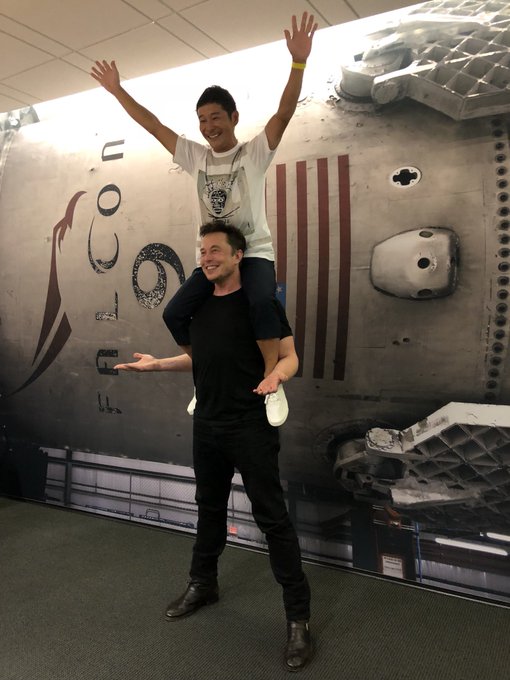 “Luckily, we still have some time before 2023, so I hope to work very closely with the SpaceX team and to reach out to each artist personally,” Maezawa said. “By the way, if you should hear from me, please say ‘yes’ and accept my invitation — please don’t say ‘no’!”

Musk also revealed tonight that Maezawa is the person who previously booked a two-person, round-the-moon trip with SpaceX aboard the company’s Dragon capsule. That flight, which SpaceX announced in February 2017, was to launch atop the company’s Falcon Heavy rocket before the end of 2018. (Content credit by:Sarah Lewin, Space.com Associate Editor | September 17, 2018 11:39pm ET, Follow her @SarahExplains)

Coaxicom components go through quality control review not just at the end but throughout the manufacturing process. This multi-tier inspection check maintains  consistent quality and product integrity that meets Military specifications MIL-PRF 39012, MIL-A 55339, MIL-C-83517, and MIL-STD-348 as applicable. Learn more about our RF Connectors.