The Story of Old Glory.

On January 1, 1776, the Continental Army was reorganized in accordance with a Congressional resolution, which placed American forces under George Washington’s control.

On that New Year’s Day the Continental Army was laying siege to Boston, which had been taken over by the British Army. Washington ordered the Grand Union flag hoisted above his base at Prospect Hill. It had 13 alternate red and white stripes and the British Union Jack in the upper left corner (the canton). 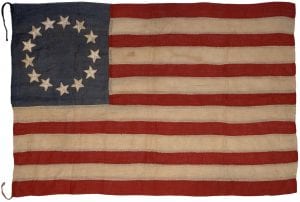 On June 14, 1777, to establish an official flag for the new nation, the Continental Congress passed the first Flag Act: “Resolved, that the flag of the United States be made of thirteen stripes, alternate red and white; that the union be thirteen stars, white in a blue field, representing a new Constellation.”

Between 1777 and 1960, Congress passed several acts that changed the shape, design and arrangement of the flag and allowed for additional stars and stripes to be added to reflect the admission of each new state:

Act of April 4, 1818 provided for 13 stripes and one star for each state, to be added to the flag on the 4th of July following the admission of each new state, signed by President Monroe.

Executive Order of President Taft, June 24, 1912 established proportions of the flag and provided for arrangement of the stars in six horizontal rows of eight each, a single point of each star to be upward.

Executive Order of President Eisenhower, January 3, 1959 provided for the arrangement of the stars in seven rows of seven stars each, staggered horizontally and vertically. 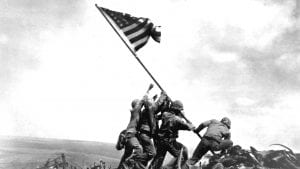 Today the American flag consists of thirteen horizontal stripes, seven red, alternating with six white. The stripes represent the original 13 colonies, the stars represent the 50 states of the Union. 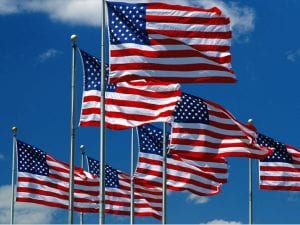