A Canadian company wants to build a tower that would allow astronauts to take an elevator part way into orbit.

The tower would be 20 times higher than Dubai’s Burj Khalifa, currently the world’s tallest building that soars 830 meters (2,723 feet) into the sky. 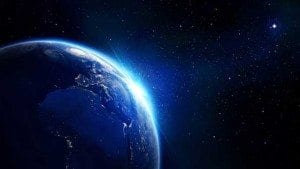 The idea of a “space elevator” was first proposed in 1895 by Russian scientist Konstantin Tsiolkovsky after he saw the Eiffel Tower in Paris, and was revisited nearly a century later in a novel by Arthur C. Clarke.

But technical barriers have always kept plans stuck at the conceptual stage.

Last month, however, Thoth Technology was granted a U.S. patent for its “space elevator,” which is modest in comparison but promises to significantly reduce the cost of space travel.

The Pembroke, Ontario-based firm envisions building a 20-kilometer (12-mile) high tower with a platform at the top “for launching payloads, tourism, observation, scientific research and communications.”

The tower would be constructed of pressurized, stacked cells, according to the patent.

Hauling payloads on an elevator into near space would virtually eliminate atmospheric drag, and then launching them into space from the stratosphere would require less fuel.

The company estimates this would reduce the cost of space flight by one third.

In his 1979 novel “The Fountains of Paradise,” Clark proposed delivering payloads from the ground to outer space by using a huge cable anchored to an orbiting platform.

But this required a 35,000-kilometer-long cable — which cannot be built using existing materials — and a counterweight the size of a small asteroid.