VSWR Stands for ‘Voltage Standing Wave Ratio’ and is used in EMC to specify the effect of a mismatch presented to a test system signal.

A Brief History of VSWR

When electric telegraphy was the dominant means of wired communication, the lines used were comprised of bare copper wires suspended on telegraph poles. For insulation the line relied on the large spacing between the wires as well as the wires being mounted on individual glass or ceramic stand-offs as shown in Figure 1(a). These lines ran for miles and miles and were prone to damage caused by storms, fallen trees, and partial shorts due to the top of the poles making good nesting sites for large birds. 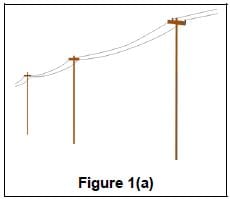 The lineman sent to locate and correct the fault somewhere along the miles of suspended wires could at least identify the type of fault by examining the standing wave on the line created by the fault.

This all seems rather primitive, but we should bear in mind that voltage measuring instruments of the day were a delicate mechanism housed in hand-made wooden cases. This made them expensive and fragile, whereas the light bulb was comparatively cheap and robust.

The method was cleverer than you might at first suppose, since it was a form of bolometer able to indicate the RMS value of the two voltage extremes on the line. 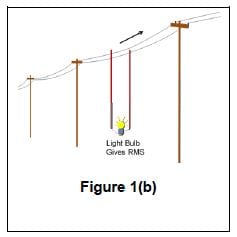 Commonplace but pretty much gone in the RF industry by the 1990s, a bolometer fed with RF would be warmed by the RF resulting in a change in resistance in one arm of a bridge. The output of the bridge gave the RMS value of the RF waveform, no matter how complex the waveform.

At microwave frequencies slotted lines became a way of accurately determining the ratio of the maximum voltage to the minimum voltage (the VSWR, symbol ‘s’), and because of the simplicity of measurement and the easy math associated with it, VSWR became an everyday parameter. As the name suggests, a slotted line is a length of waveguide with a slot along the top.

A probe is moved along the slot and a detector gives the voltage at any point on the line. Once you have
obtained the two extremes of voltage you can determine the ratio of the two. Once you have this
ratio it is easy to calculate the reflected power coefficient, symbol rho. The reflected power
coefficient is the amount of power reflected back compared to the incident power.

Note, many textbooks portray a standing wave as shown in
Figure 2. 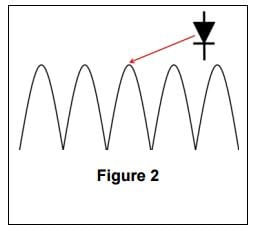 Figure 2 is in fact a plot of the detected voltage as the probe is moved along the line This can be misleading since the
standing wave actually goes positive and negative.

We continue the explanation by ignoring the Voltage and
Ratio parts for now and examine how a Standing Wave is created.

The Standing Wave
Unless a test signal on a transmission line (e.g. 50 ohm coaxial cable) is terminated in 50 ohms,
some of the signal will be reflected back along the line. This can best be understood by looking
at the extreme mismatch termination values, that is a short circuit (zero ohms) and an open
circuit (infinite ohms).

Short-Circuit Termination
A voltage cannot exist across a perfect short-circuit, that is the voltage can only have the value
0 volts at the short-circuit. A basic law of physics is the conservation of energy. Energy cannot
just disappear, it has to accounted for somehow. Mother Nature gets around the zero volts requirement by creating an equal and opposite signal that travels back down the line. At the short-circuit the +E and –E cancel each other to give the required zero volts.

Creation of the Standing Wave Figures

3(a) and 3(b) show a forward wave and a reflected wave about to ‘meet’ and interact on a transmission line. The box is our viewing window of the interaction as it occurs. The box is a half-wavelength wide. 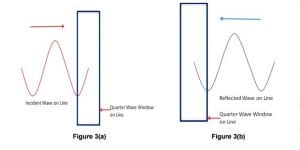 Figures 4(a) to 4(m) show the standing wave as the forward and reflected waveforms overlap and add algebraically. The addition is the green trace. Close observation of the green trace in the observation window shows it stands still, that is it pulses positive and negative, but stays in the same place along the line. Hence the name, Standing Wave. 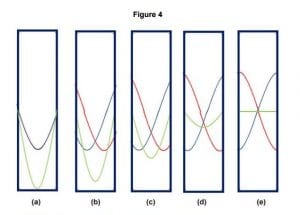 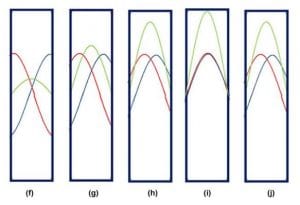 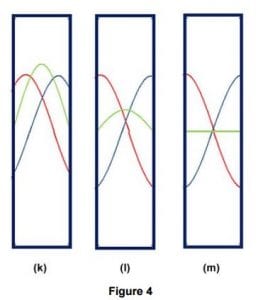 Also known worldwide as Coaxicom, we are a trusted boutique designer/manufacturer offers a broad line of SMA, SSMA, 3.5mm, BNC, N and TNC, as well as 50 & 75 Ohm Snap, Screw and Slide-on SMB, SMC, SSMB, SSMC and many other types. Our large selection of Inter & Intra Series Adapters; RF Connectors; Attenuators; Terminations; Phase Adjusters; Torque Wrenches and Cable Assemblies are ready for quick delivery. Custom products, specifically designed and made to our Customer’s specifications are produced in our Florida facility….with quality materials, under engineer supervision.

Coaxicom offers world-class manufacturing capabilities necessary to deliver the quality and reliability our customers demand including Military specifications MIL-PRF 39012, MIL-A 55339, MIL-C-83517, and MIL-STD-348 as applicable. Gold plated stainless steel or passivated versions of SMA connectors are standard in order to meet the finish and corrosion requirement of MIL-PRF 39012. Interface dimensions as well as all other applicable requirements are also in accordance with MIL-PRF-39012 and other military standards where the need exists.

For a quote, or to check on pricing and inventory visit www.Coaxicom.com, email Sales@Coaxicom.com or call 1-866-COAXICOM.  To request the latest catalog, please fill out the information below. 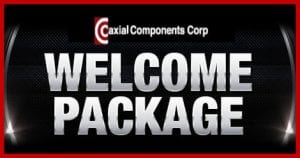